Anchors…. Just mention the word among seasoned sailors and the tales of woe will run deep into the night, far outlasting the rum and cervesas.  We’ve had our share… Coconut proudly sported a CQR as a primary and a Fortress as a back-up when she left Houston and sailed to Galapagos.  The CQR is a “Goldilocks anchor” – it doesn’t like anything too soft or too hard – the bottom must be juuusst right. It drags in soft bottoms and getting it to set in harder bottoms requires diving. The Fortress on the other hand thrives in soft loose soil – the large blades offer great holding and it stows away nicely, but trying to set it in harder grounds is useless.  Ideally we wanted something that would set when deployed first time regardless of soil conditions… Is that really too much to ask? When we see a problem our minds instantly start creating solutions.

We are just a couple of common everyday cruisers who had a crazy idea that we could design and build an anchor better than anything out there.   Our credentials? Well…, we have a boat.. and an anchor… and we certainly know from experience how anchors DON’T work… so that seemed good enough for us.

We realized, the fault with the various anchors we tried lied not in holding power but more in never having set well to begin with. So our objective going into this project was to design an anchor that would set in all soil conditions even hard-packed clay or weedy bottoms (two bottoms types that proved very problematic to us). It took over a year of design-build-test … a few tweaks, re-design and test again…. more tweaks… more redesigns… more tests… We start questioning if this is even possible and then we start questioning our sanity… Don’t normal people just go to West Marine drop several hundred dollars and walk out with a nice anchor? We’ve certainly spent more on these prototypes than any new fancy anchor would ever cost. Why are we obsessed with perfection? Why do we think we can do it better than all those who preceded us? More tweaks… more testing and…  finally – WAH-LAH! Perfection achieved! 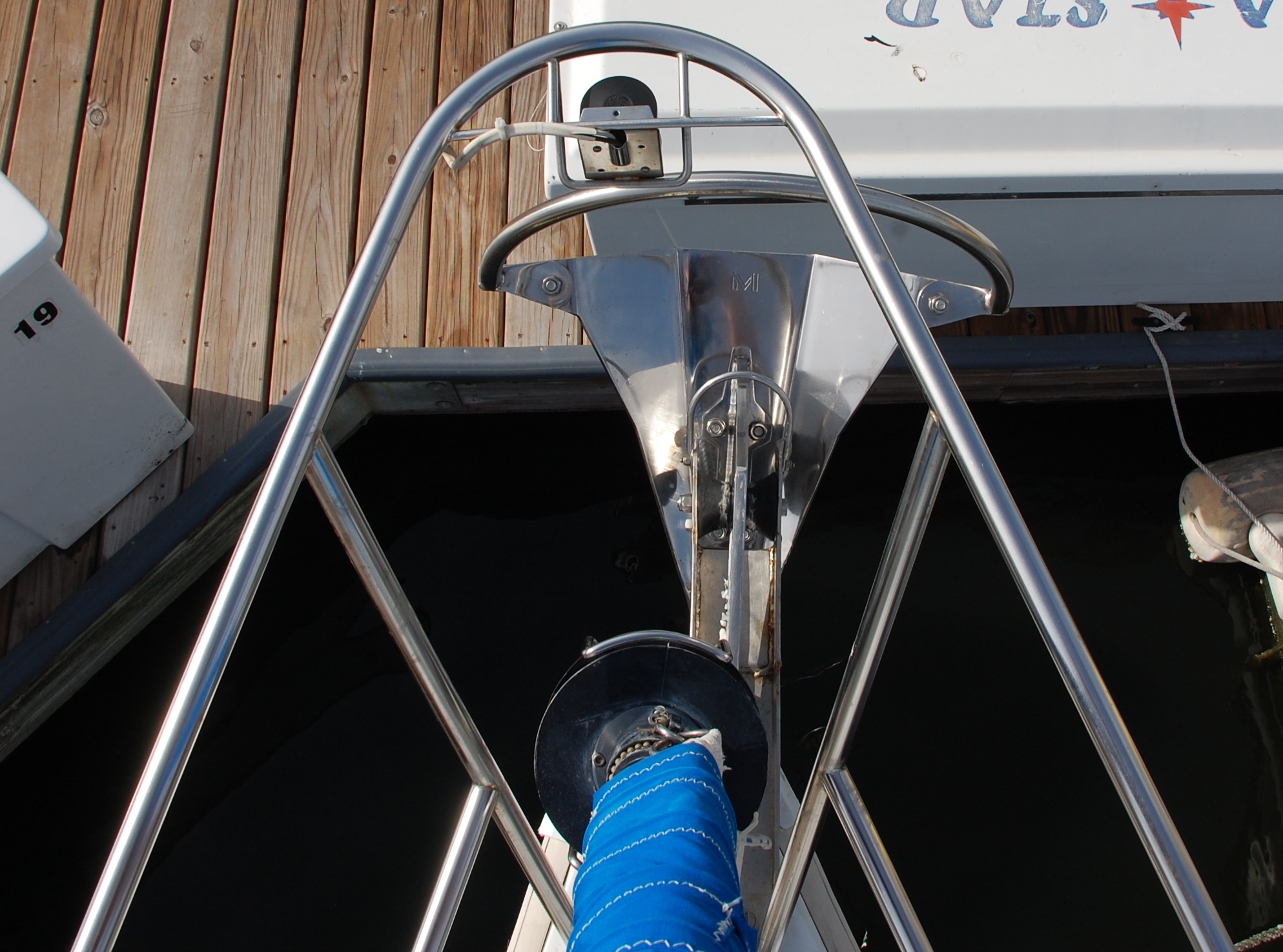 She is a beauty that grabs and holds even when the others don’t. Plus she disassembles, so now we no longer have to compromise on our spare anchor. Yay! We are so excited. We name her Mantus and make a nice stainless steel one for Coconut placing it proudly on her bow.  Like all proud parents we show our baby off to anyone that will pay attention and even those who won’t.  But then something surprising happens – some of the locals want one for themselves. Hmm… we starting thinking… Is it possible? Would others be interested too? Is there a market? If we are going to make 5 maybe we might as well make 500. Greg’s mother reminds us that we know nothing about starting a business and adds she has not one friend interested in anchors. She recommends we consider handbags – that’s something she thinks will sell! As alluring as handbags are, we decide to risk it all on anchors.

Another year to work out all the manufacturing details and in 2012 Mantus Anchors the Company is launched. Throughout this now three year effort we have performed a lot of testing – A . LOT . OF . TESTING. – with at least a dozen different types of anchors ranging in size from 8 lb to 65 lb; in various soil condition: soft, moderate, hard, weedy, rocky, sandy, silty and coral and in different locations: Galveston Bay, Gulf of Mexico and Caribbean. Based on this, plus our cruising experience and feedback from other cruisers we’ve met along the way, we offer the following observations:

This was written as a guest post for Monkey’s Fist.
Click on the monkey’s fist to read what others bloggers are saying about their Anchoring: Tips, Tricks and Tales.

Use the Coupon Code: HJ4MA

Thank you! We hope this summer brings you joy and plenty of time on the water!

Use the Coupon Code: HLDBM20

If you have any questions call: